Education is a century-old cause and an important cornerstone that affects the next generation. Teachers are the key force in the development of innovative schools. Only a good teacher can guide students on the right path and achieve every child. Under the reform of the new 108 syllabus in Taiwan, Taiwan’s education tends to be more literacy-oriented teaching, and the TEAM Model Smarter Education Support System is able to integrate modern educational concepts and ideas, and use technology to make these ideas easier to practice in the classroom.


TEAM Model AI Smarter School has established successful cases in more than ten countries and regions around the world. Over the past two decades, there have been 3,000 schools and more than 50,000 smart classrooms.

In recent years, the Taoyuan City Government has actively developed smart city construction and promoted school renewal plans. It has built more than 4,000 smart classrooms, making it the smart city with the largest number of TEAM Model smarter classrooms in the world. With the support of the smart education system, the smart city forum ICF stood out with the "Smart Classroom, Digital School" and other projects, and won the global smart city TOP 1 first prize! 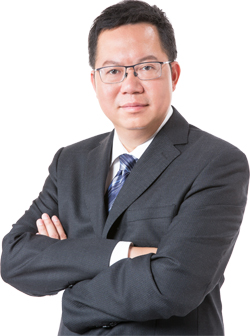 Taoyuan Mayor Cheng Wen-tsan pointed out that education is a kind of enlightenment and ambition. It is necessary not only to guide teachers to improve their professional knowledge, but also to guide students to learn independently and explore independently. At the same time, hardware construction and software management must be taken into account.

Taoyuan's goals are quite clear. Not only hardware construction, but also software cooperation and teachers' professional growth are indispensable and important. The TEAM Model can help teachers say goodbye to past teaching methods and transform them into the best solution for modern smart classrooms. This has also been seen by the Taoyuan City Government and schools at all levels. Thus, HABOOK's TEAM Model system and Taoyuan's smart education cooperation began. 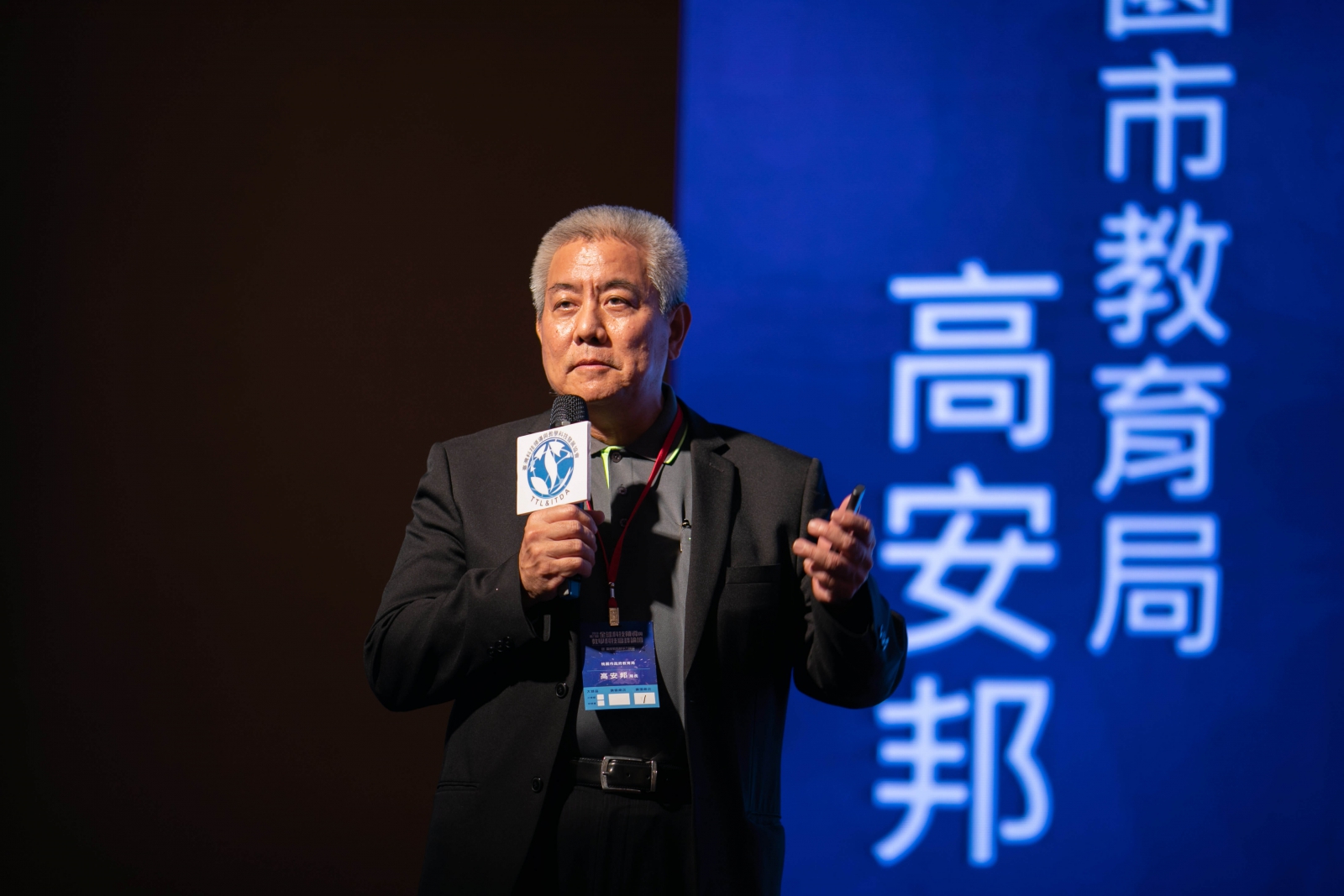 Gao Anbang, director of the Taoyuan City Education Bureau, said: "Starting from the change of teachers, flipping teaching."
Taoyuan City has been actively promoting the "Smart Classroom, Digital School" project since the past few years, and the results have been remarkable. In the 2019  Global Technology Leadership & Instructional Technology Summit, Director Gao Anbang talked about how smart education is practiced in Taoyuan, how to promote smart classrooms and teacher communities in Taoyuan, so that Taoyuan has achieved good results in large-scale smart classrooms. These results also enabled Taoyuan to win the championship in the Cross-Straits Smarter Class Team Invitational Tournament for three consecutive years, and successfully earned Taoyuan City the first prize of ICF Smart City.
Taoyuan City Education Bureau Director Gao Anbang delivered a speech at the Summit-- 2019 ICF Smart City First Prize: Smart Education in Taoyuan 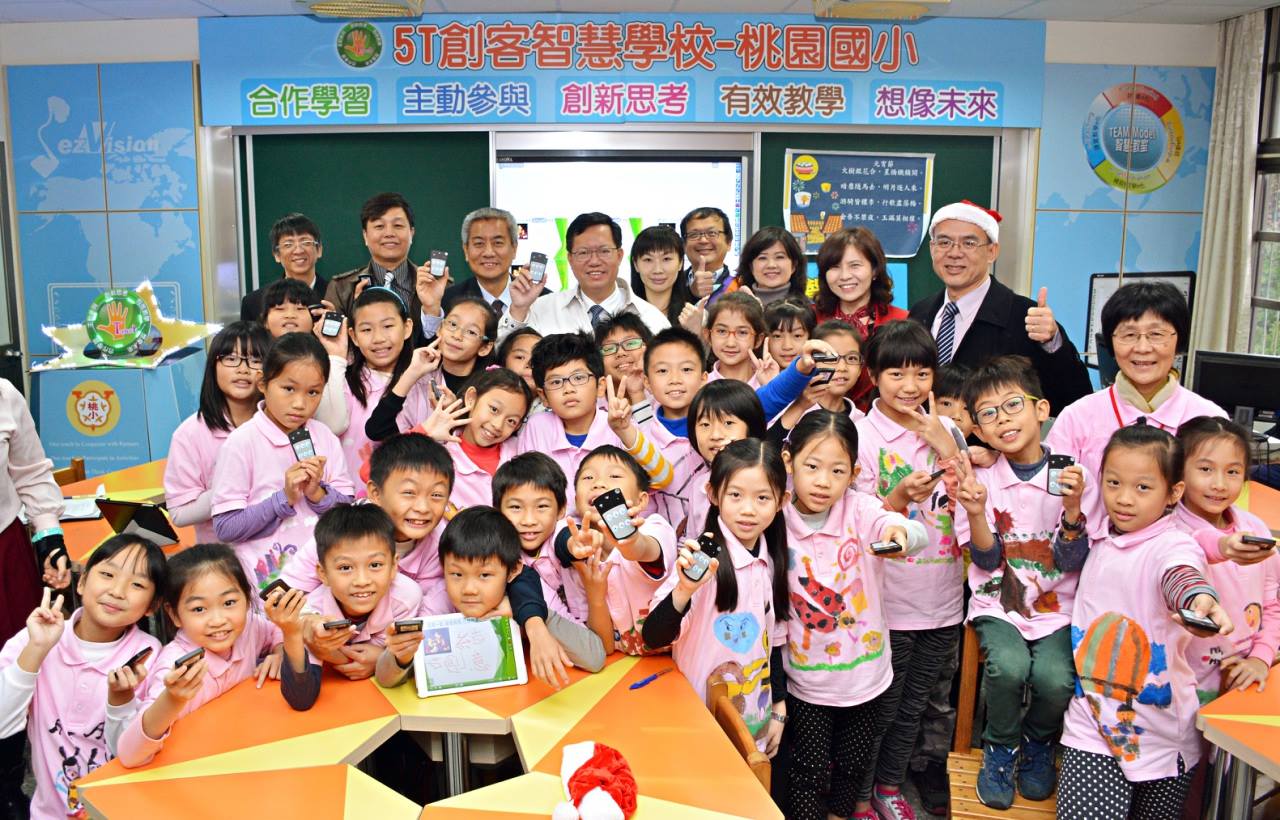 Taoyuan City, led by Mayor Cheng Wen-tsan, started from Taoyuan Elementary School in 2015 to build a 5T smart school. Taoyuan Elementary School has a long history of 118 years. It is a "century school, smart freshman", through smart teaching "maker" classrooms, so that children like learning. This has made the teaching site more technological and lively, and has become a highlight of the teaching resources of Taoyuan Smart School. From the successful starting point of a school, through the next "Smart Classroom, Digital School" project, every school can be equipped with digital interactive teaching equipment to improve teaching quality and learning achievement.

►Refer to the Facebook of Mayor Cheng Wen-tsan: Taoyuan Elementary School Maker Smart School was unveiled and opened: the goal is to extend to 25 schools in the city next year, improve teaching quality and cultivate smart citizens

The Cross-Straits Smarter Class Team Invitational Tournament is a teaching contest that aims to promote and accelerate the professional growth of teachers. Smarter teachers with rich application achievements and experience are selected by the region and organized into a team to participate in a teaching contest. The smart lecture team contest is used to refine and communicate a class that deeply integrates information technology and teaching, and implements modern education concepts to achieve the ultimate goal of "promoting growth through contest".

In the past years, the organizers used the city as the team unit, and invited and applied representatives of different city teams to use different smart education support systems to gather together in the form of urban teams. The participating teams will show and share the most outstanding, representative, replicable, and diffusing smart lesson model to educators in all regions. This activity promotes the practice and promotion of modern education concepts. TEAM Model Smarter Education Support System is one of the top three education support systems arranged every year in this activity.

【Contest Value and Influence】
The world's first smart classroom team contest based on city teams.
Films, lesson plans, teaching materials, etc. are used to fully record the innovative teaching models of smart lestures in various regions.
Through teamwork, team training, team contest, team reflection, and team growth, teachers develop a new culture of professional development and cooperation.
Team Taoyuan is the biggest winner of the Cross-Straits Smarter Class Team Invitational Tournament. In 2017, 2018, and 2019, they have been team champions for consecutive years. It shows that Taiwanese teachers are quite proficient and professional in teaching plan design, classroom context driving, and technology use. It is a representative city of smart education.

Professor Power Wu, the head of HABOOK and the founder of TEAM Model Smarter Education, said: "Through the contest, the TEAM Model Smart Education Support System has once again proven its position in the education market. It is like a sports car, which cannot be matched by ordinary assembled cars." Regardless of teachers' seniority, junior level or not, the TEAM Model system can be used well to allow teachers to integrate technology into teaching.

The teachers of the participating teams are also very grateful to the Taoyuan City Education Bureau for their strong support and a lot of logistical assistance, so that the teachers can go for the honor of Taoyuan without any worries.

The 2019 "Taoyuan Team" is composed of teachers from 5 elementary and middle schools in Taoyuan. They participated in the 4th Cross-Straits Smarter Class Team Invitational Tournament hosted by Zhejiang Province in Chia. They defeated 19 teams from other cities and won 4 first prizes and 1 second prize. The total score is the highest score, and he has completed three consecutive championships. It is hoped that the teachers of the winning schools will be able to serve as ambassadors for Taoyuan’s smart teaching and extend smart education to every school in Taoyuan. 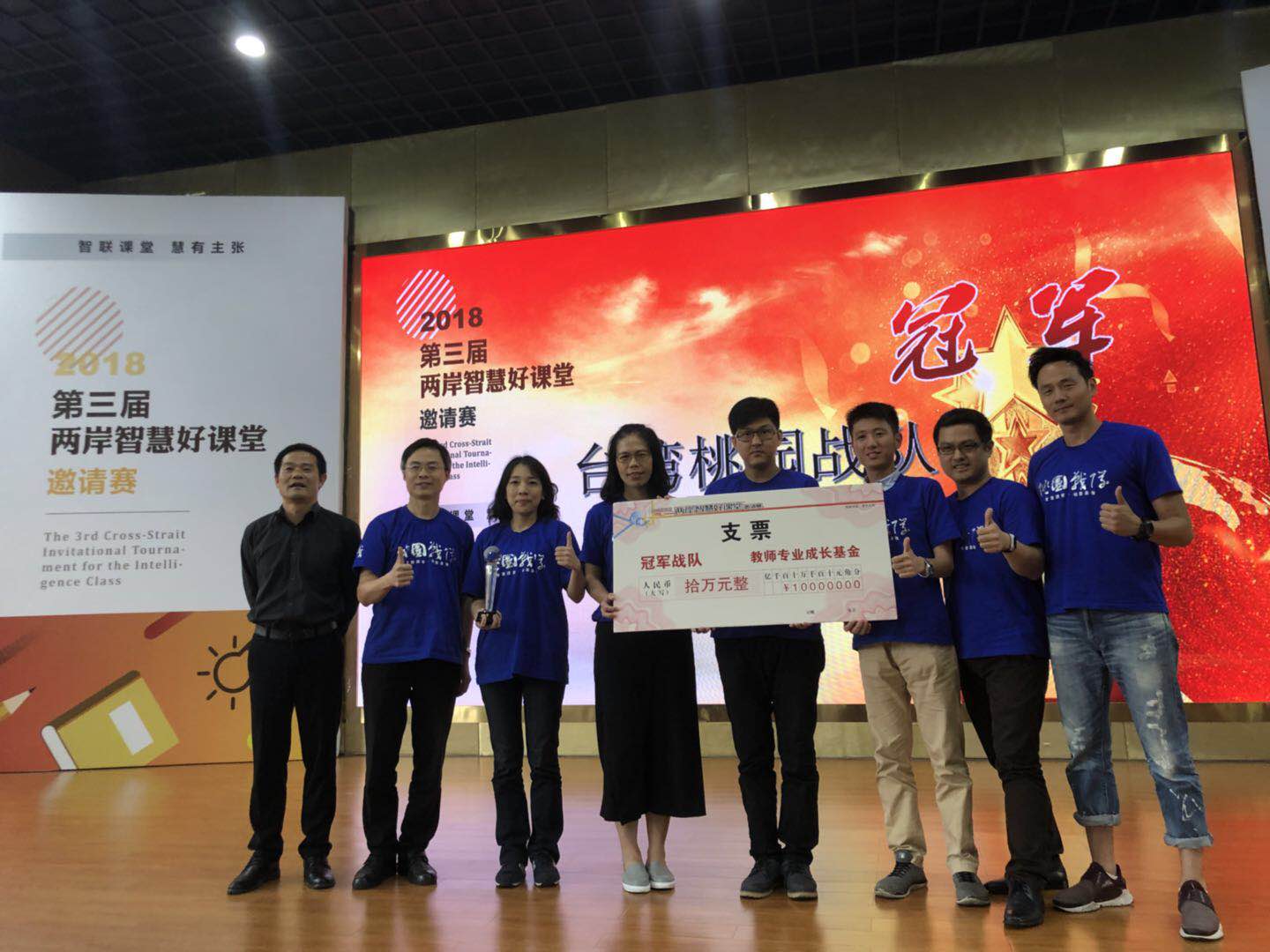 During the team training, the biggest gain is not only the growth of team members, but even many teachers in the school are also infected by this atmosphere. Not only do they take the initiative to share years of teaching experience and know-how with team members, but also help team members to prepare together, and co-research. These have established the influence and successful experience of the smart lecture team contest on the teacher professional development.

With the successful experience of participating in the team competition of the Cross-Straits Smarter Class Team Invitational Tournament, and learning the value of the activity itself for stimulating teamwork and promoting the professional development of teachers, Taoyuan City also organized a cross-school smart lesson team contest in the city. According to the final result of the review, the top three schools are all schools that use the TEAM Model Smart Education Support System, which means that HiTeach is far superior to other education systems in teaching. Through the smart classroom team competition, Taoyuan has planted the depth of technology application in teaching and confirmed the development direction of smart education. 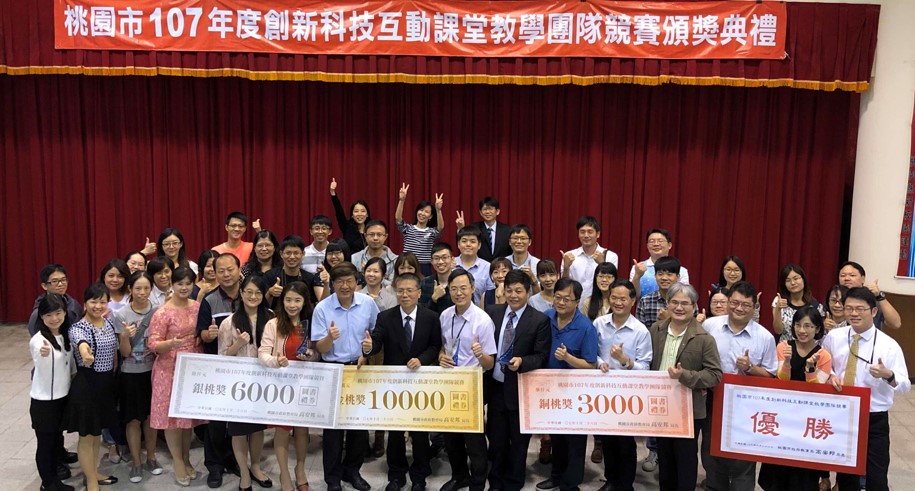 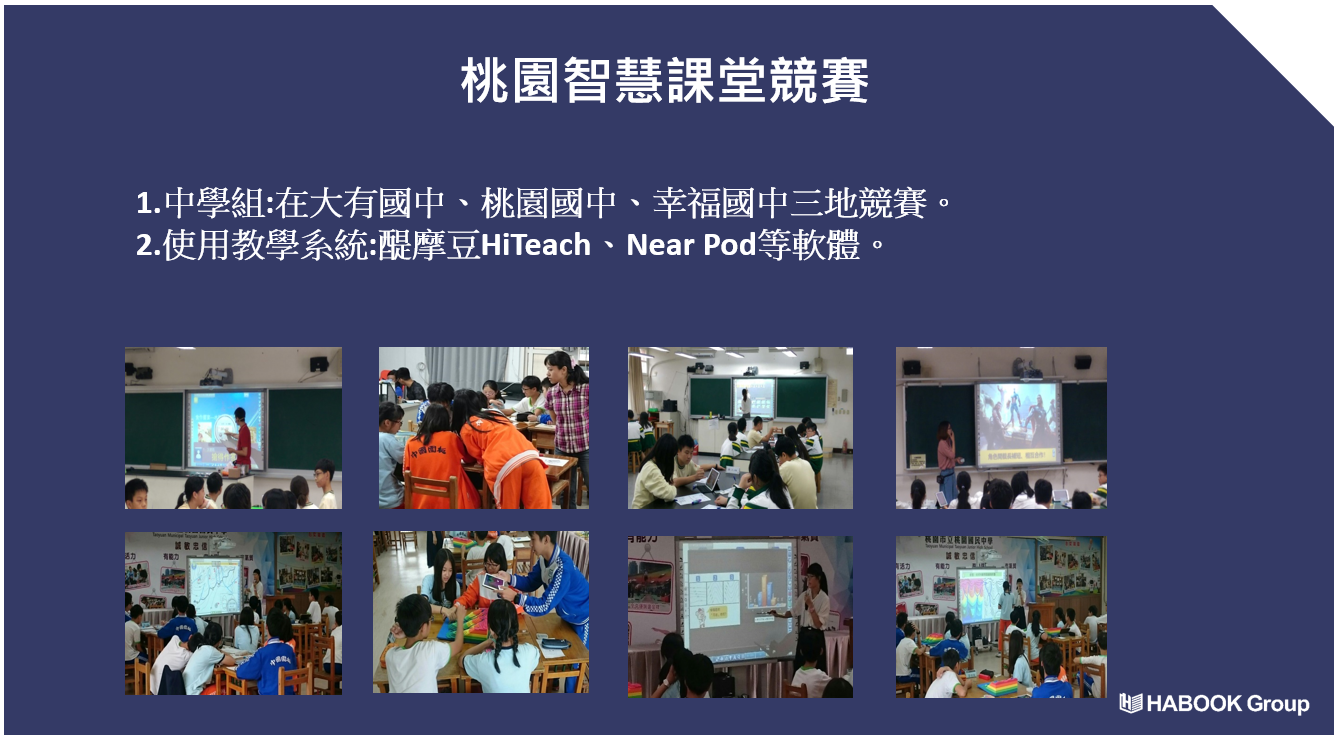 Photos of the competition in the middle school venue

Photo of the competition in the primary school venue

Smart education in Taoyuan City has been deployed ahead of schedule, starting with the teaching training of newly hired teachers! In Taoyuan City’s primary and pre-school education teachers’ joint screening and recruitment training course, the first day of training allowed new teachers to learn more about the TEAM Model Smarter Classroom and how to use it. On the second day, teachers Lin Lingyi and Huang Chengwen of the champion team of the Cross-Straits Smarter Class Team Invitational Tournament were specially arranged to serve as lecturers, allowing 300 prospective teachers to experience the basic operations of smart teaching and actual participation in smart classes. The scene interaction was very enthusiastic. 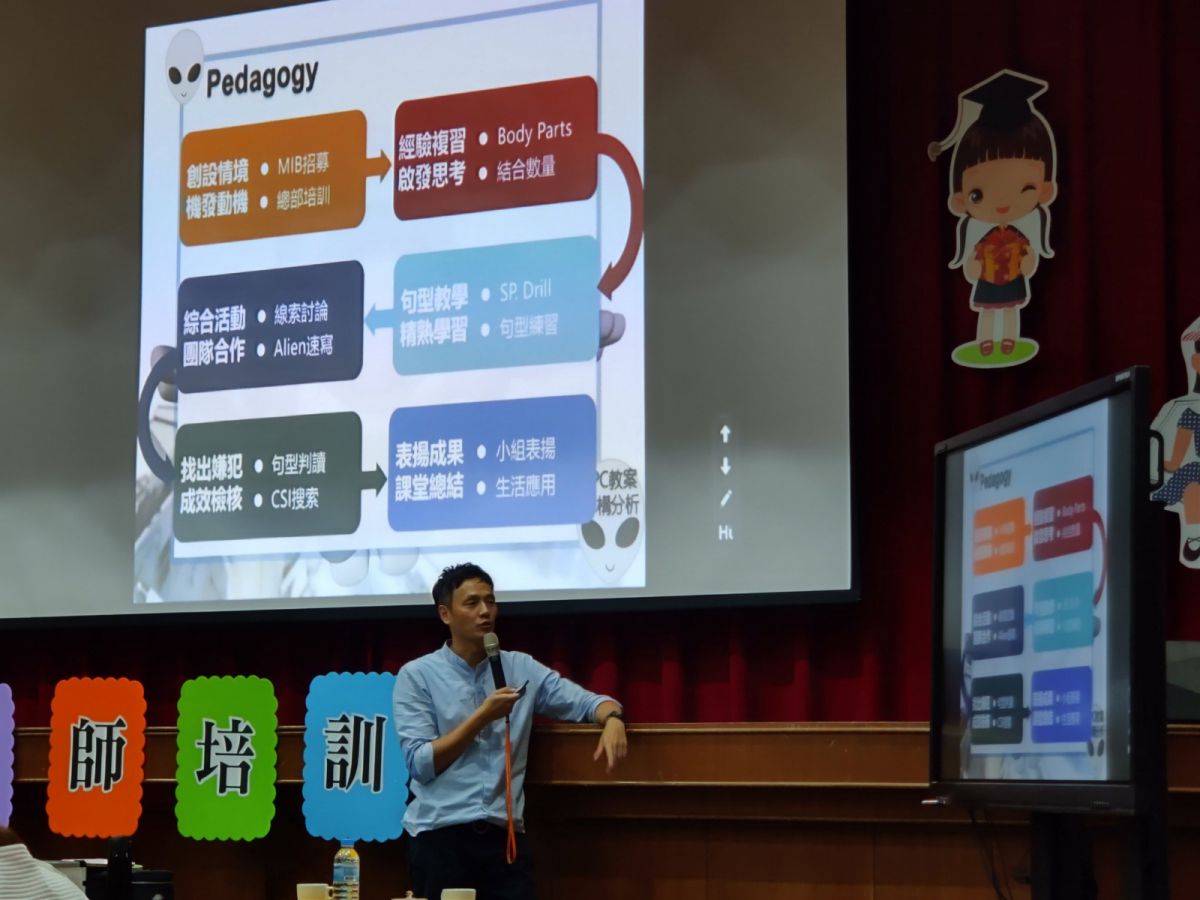 
There are many cases in Taoyuan City, and we have compiled a few smart school cases here.
► Taoyuan Da You Junior High School 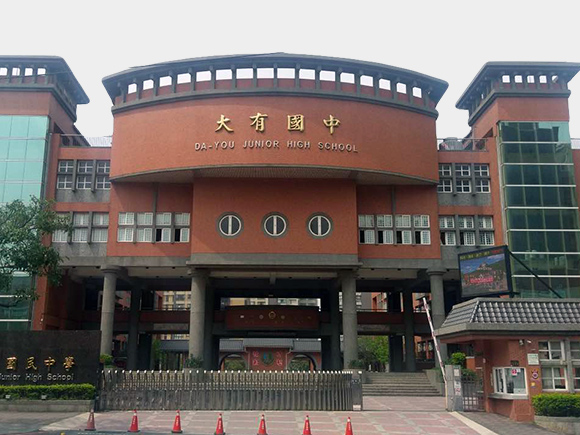 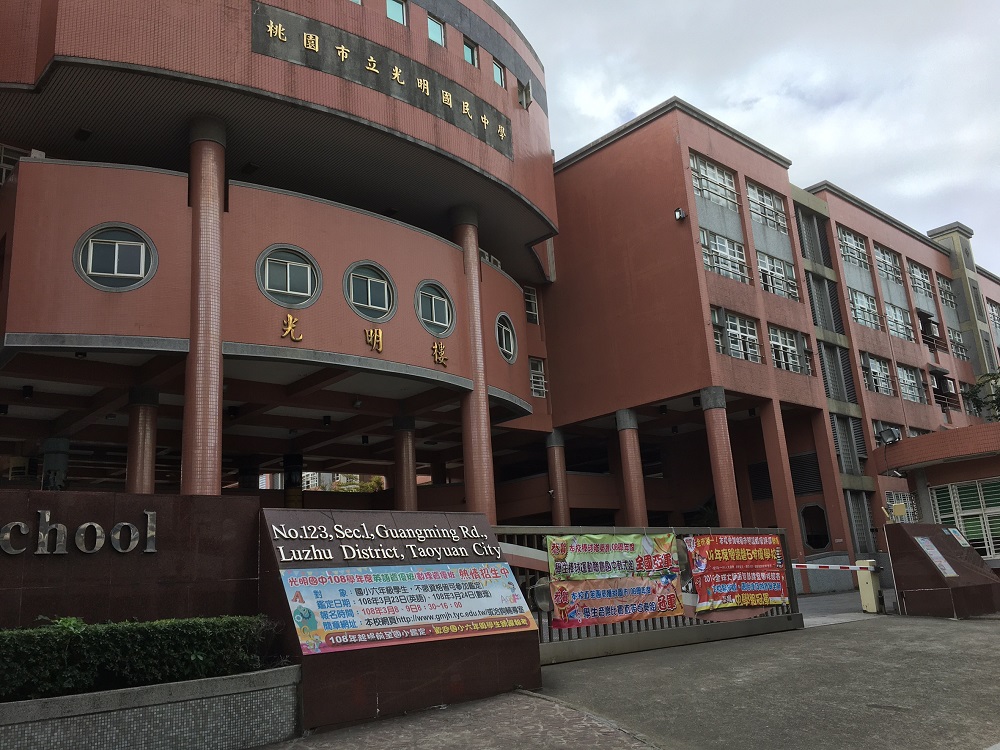 A Model of Smart City Worth Learning

Mayor Cheng Wen-tsan also said that investment in education is very worthwhile. The city government has built many new schools in response to the population growth of Taoyuan. In the future, it will do its utmost to support the Education Bureau so that education can get more resources.

The evaluation of Taoyuan's education indicators has improved year by year, and in recent years, it has been ranked first in satisfaction among the six major cities in Taiwan in some media evaluations. The Taoyuan City Government hopes to continue to work with principals and educational organizations to promote important education policies and jointly serve as the backing of the school, so that the school’s dreams will be bigger and the pressure and burden will be less. Mayor Cheng also hopes that through education, Taoyuan will be able to shine and become the first choice for young families.